Aitor Mendilibar is a New York-based filmmaker and cinematographer. He is originally from Basque Country, where he received degrees in computer science, telecommunications, and audio/visual production. While in Basque Country he worked in production and post-production on music videos, short films and commercials. In 2012, he moved to New York City to study documentary filmmaking at New York Film Academy. Since graduating he has worked as a cinematographer for documentaries, narrative films, TV shows, music videos, live performances, among other projects. He has worked with Oscar nominated director and producer Oren Jacoby and award winning cinematographers Buddy Squires, ASC and Tom Hurwitz, ASC. He also creates his own content and collaborates with artists across genres. Aitor is currently collaborating with choreographers Reggie Wilson and Raja Feather Kelly. He is also the co-founder and former bass player of the Basque punk rock band Disorders, that played for 10 years and produced two studio albums. After the band split up in 2011, Aitor co-created The Wilsons in 2014 where he plays the bass. 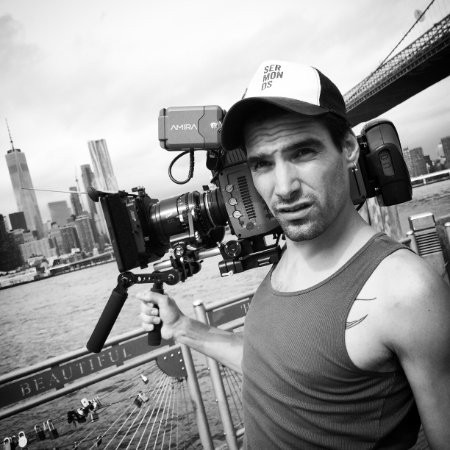