Ari Rothschild was born in New York and has lived Montreal, Paris, Jerusalem, and Calcutta. He began shooting news in Israel and continued as a photojournalist and photo editor in New York City. After moving to India, he had several exhibitions of his fine art photography in India, before working as director of photography on his first feature, Khwaabb (2014 Dir. Zaid Khan). Khwaabb received a wide release in theaters in India, and garnered attentionfor it's underwater swimming scenes, realistic lighting and kinetic camera movement. Aharon recently wrapped shooting on Landing Up (Dir. Danny Tenenbaum) a visceral feature film about homelessness shot on location in New York.

Whether shooting commercial or narrative work, Aharon's approach is to put story first. He collaborates closely with the director to build movement into the image, and his lighting style has been described as beautiful and spare. As a working colorist with feature credits including Match (Dir. Stephen Belber 2014) and Fort Tilden ( Dir. Sarah-Violet Bliss, Charles Rogers 2014), Aharon has the unique ability to take total responsibility for the image all the way from the set to post production. 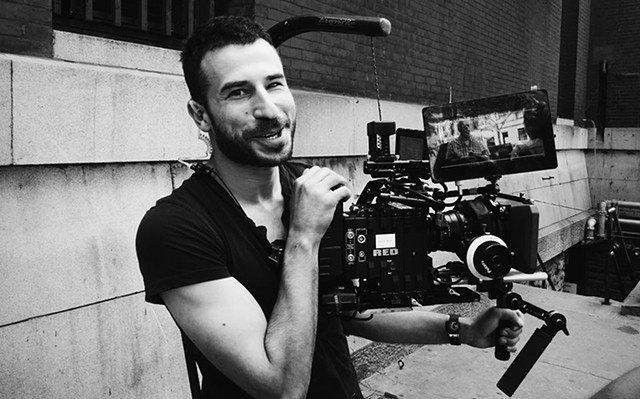